Pity anyone within a blue chip business who tries to unravel the complexities of their content programme. For a start, it won’t just be one content programme as multiple brands, agencies and functions will be actively creating an exponentially larger amount of content, akin to feeding a ravenous beast with an insatiable appetite.

It’s not overly sensational to describe this as true content chaos which we outlined already in this article:

The challenge for large enterprises is that while content chaos is problematic for the average sized business, the complexity that comes with scale can be overwhelming.

Understanding the levels of content waste is a massive challenge. Indeed, one CMO recently commented on the fact that they have 17,000 images of an apple which is just absurd. Although that’s at a simplistic individual content level, the real problem is that content is being continually recreated to fulfil the same role within a buying journey and no one has any clue about content which might be missing from those journeys.

However, equally important is the missed opportunity of disconnected, disorganised content being targeted at the same customers with no central point of control.

Or perhaps not, because the action of some large enterprises is to overcome this problem by simply throttling everything back. With no means of centrally managing all the different channels, agencies or functions, it becomes easier to massively restrict the amount of content engagement. This has been made worse of late by widespread misinterpretation of GDPR legislation frightening businesses into not sending out any engaging content whatsoever.

Perhaps in a world where zero based budgeting is becoming increasingly popular it would be an idea to introduce zero based content creation? – i.e. content should only be created if it could be proved that it doesn’t already exist and is absolutely needed. Although to do that, you would need a single source of truth about what content you have and what role it is performing. 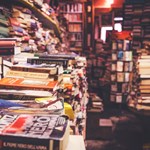 Current accepted thinking on a content strategy is that you think of some themes that you want to create content around - you may well call these content pillars - and then you brainstorm some ideas about what content would fit around these pillars. Once you have a list of ideas you then apply this to a calendar as a schedule of what you are going to create and when it will be published... 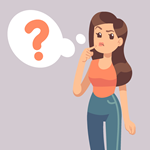 Posing questions around the danger of describing but not understanding

Who are these socio-demographic twins? Both male, Both born 1948, Both grew up in the UK, Both have divorced and re-married, Both have grown up sons, Both are very wealthy, Both like to spend their holidays in the alps, Both are world famous …. 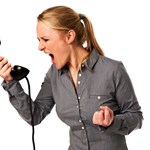 When was the last time you thought about the way in which your business communicates with your customers? Not what you are saying or how you are saying it, or even the KPIs of your call-handling; such considerations are commonplace because they, fundamentally, involve looking at individual communications... 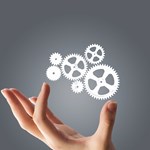 The spinning wheel of engagement

PR and marketing teams have become very good at engaging their target audiences online and within social media. Like good little hamsters attracted by some food, the target audience is being drawn in and clicking their ‘follow’ and ‘like’ buttons. And then…nothing.